Behind the Scenes – Fractured Follies 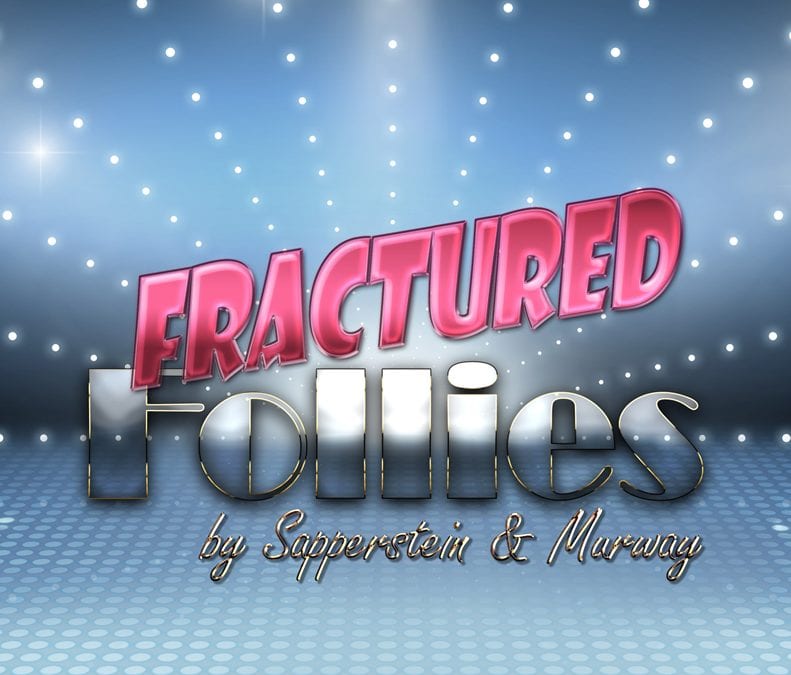 By special request from The Rosarito Theatre Guild, we created a Vaudeville style “Follies”, added our own wacky sense of humor,and created wonderful new scenes and scenarios featuring music from musicals written by Sapperstein and Murway and voila!… The “Fractured Follies” was born!

Did you know that back in the 1980’s, Judie and Gary were a musical duo, writing their own music and performing at more venue’s in the tri-state area than you could shake a stick at?  Today, some of those songs work their way into their musicals such as Morning Song in Bloomin, but so much more is brand spankin’ new.  By the way, if you clicked to listen to Morning Song, that’s Judie singing.

Music has been at the heart of their collaborations for … well, a long time, but don’t tell Judie I gave away anything about her age 😉 she swears she’s only 23 hehe.

Anyway, we’ve been working with The Rosarito Theatre Guild out of Rosarito California for several years now, a relationship that began when they discovered that our Press Play system enabled them to put on a musical for the first time ever.

After their huge success with Dancer the Footloose Reindeer, Sylvia called and said “you do know you are writing me a new musical for next Christmas, right?”  and Santa’s Other Reindeer was born.  Far be it for Judie to miss an opportunity to fill a need :).

While Santa was still being written though, Sylvia contacted Judie and started talking about how easy our works were to perform, and how amazing it was that she’s able to pack her theatre full when she performs our works.  She wanted to know what else we had that wasn’t for the Christmas season, something simple to perform with a small cast size but that could include many more people if they chose.

As is wont to happen with a mind like Judie’s, the new show started instantly unfolding in her head, but we’d had a meeting just the day before about “no new musicals till we finish what we’re working on now!”  The next thing I hear is the shout through the studio, “Oh No, I’ve Brainstormed and I can’t make it Stop!”  Gary and I looked at one another, shook our heads with a chuckle and all we could seem to say was, “here we go again.”  And though not yet named, that was the moment that Follies was born.

Keep in mind, it’s summer 2014.  We’re still working on Santa — finishing the music, the Press Play CD, the performance versions of the music, the demo versions of the music and doing script clean-up and here we are with something new that needed to be done and ready to send to Sylvia for the 2015 summer season.  We discussed how to make another musical in time (Judie just can’t help herself lol) … and still finish off Santa’s Other Reindeer for the up coming Holiday season.

And it hit them, “lets make it a follies” they said at about the same moment.  It always fascinates me to see how their minds work so well together.  “A funny skit-based show that could easily be broken down into demo performances so that theatrical groups could perform snippets ‘around town’ to garner more interest, and instead of writing new music that we just don’t have time to do right now, we’ll work music from our existing musicals into it.”  It was brilliant, so much so I had to add, “you know, when a theatre wants to also do one of our other musicals, it ties their season together nicely and they can use Follies as a marketing tool for whats to come, or a recap tool for what just happened.”  We’re always looking ways to help theatre’s fill seats!

Well, I’ve rambled quite a bit on this story, so sorry, thank you for your patience and for reading it through.  I hope you enjoy these behind the scenes moments from here at J&G and that Follies brings you joy and keeps your toes a tappin’!

All my best,
Tracy Renee

This site uses Akismet to reduce spam. Learn how your comment data is processed.